A new default Textpattern CMS theme is coming soon. If you can’t wait for it to be rolled out with the release, there is a download here. Barring a few minor tweaks that are always a possibility, this is what Textpattern CMS will ship with in the future. Textpattern has been criticised regarding its themes or lack of them but this new theme addresses that criticism really well, imho, and is yet another example of the high quality that discerning web designers and developers have come to expect from their favourite CMS. 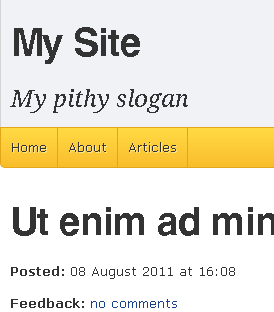 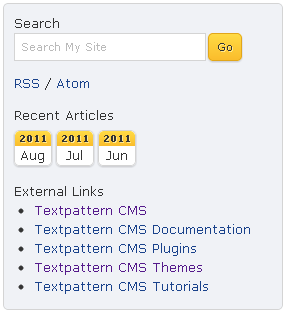 (Windows screenshots so a bit jaggy)

Phil Wareham is the man responsible and must have dedicated many hours of hard work and close detailed attention to the theme. Not only has he changed the look and made the design responsive to different screen sizes, but he has also brought the forms and pages up to date with modern web standards and HTML5. He has used extensive commenting both in the TXP code and the styling, thus making the new default Textpattern CMS theme easy for would-be designers and TXP newbies to learn from.

The gradients used are not images but use new rules of CSS3. Phil has gone to a lot of trouble to make it suitable for most browsers, as this snippet of CSS for the navigation shows: 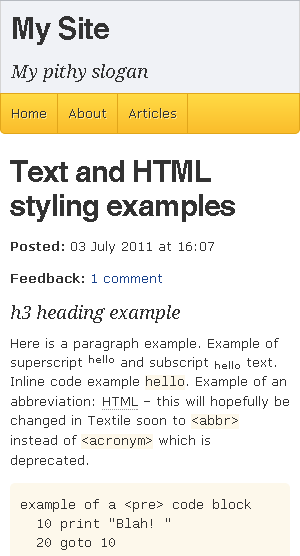 used media queries to respond to different devices such as mobile phones and iPads. Smartphone growth is tremendous with nearly 400 million phones shipped in the first quarter of 2011. Hence designing for mobile devices is no longer an added extra but the essential core of modern web design – many people’s first view of a website will now be on a mobile device. The new default Textpattern CMS theme looks good on all devices I have seen and there has been no negative feedback on the forums. This is a great advantage for bloggers or designers with basic skills – they can use the theme out of the box and with just a few changes can make it look quite different, whilst safe in the knowledge that their site will be easy to use by all internet users. TXPQ itself is based on the new theme with just a few changes to make it single-column, to allow for any size of images, and a few other minor tweaks.

Designers and developers love Textpattern CMS because it can be bent into any shape they want. This would usually mean discarding default forms, pages and styling in favour of their own and it still will mean that for many designers. The new default Textpattern CMS theme, however, brings more flexibility to more people because it is so much easier to understand and use straight out of the box. With the addition of a Sass stylesheet too, new colour schemes can be rapidly produced and many more simple basic themes are likely to become available thus reaching a wider audience. This will not compete with Wordpress and its massive choice of ready-made themes, but for those who want to tweak a bit or are not happy with using someone else’s theme, being able to create a unique theme with just basic HTML and CSS skills is likely to be attractive.

I think I speak for the whole Textpattern community when I say “Well done, Phil, you’ve done a great job and thank you very much.”