Robert Wetzlmayr is the Textpattern developer also known as wet. His website is called A Waste of Words and an Austrian-English Babel Fish translation reveals a portfolio of web designs and helpful technical articles as well as details of his plugins. Robert took some time off from lounging in a hammock by the seaside to answer some questions for us, so enjoy!

RW I'm a rather balanced kind of personality with almost equal priorities for both left- and right-brained exercises and a slight tendency to the logical hemisphere, which results in a life style of many interests, but no specialization.

RW I am left-handed but write with my right hand. This does not imply that I am a schizophrenic but is a result of the educational principles which were in effect when I was educated on how to write.

RW I love to learn new things which catch my interest.

TXPQ What do you love to listen to or watch?

TXPQ Would you like to say anything about living in Austria?

RW Austria is a country I enjoy living in. I live in a rather rural place near the see which we enjoy during the summer time, and despite all cliches about Austrians I have abandoned skiing years ago. 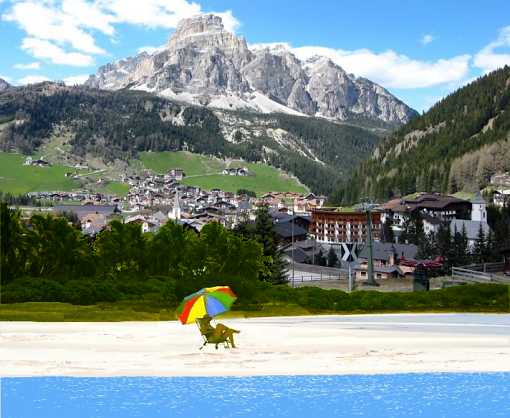 RW I built my first web site circa 1999 - a pro bono work for my brother's gardening and home supply store. Built with a combination of Dreamweaver 4 and hand-coded HTML, it taught me the basics and the importance of web standards.

TXPQ Was it successful or were your dreams shattered?

RW Well, my brother thinks he acquires some business from his site, so I think the site can be deemed successful.

TXPQ Why did you call your website A Waste of Words?

RW This deserves a really long winded explanation - but since you asked:

If there is one band on earth which I would really desperately miss if they stopped performing or recording, this would be De Phazz, Pit Baumgartner's band project from Heidelberg (Germany).

I was collecting ideas for my new site's name for literally weeks and finally decided to register notslipperythoughwet.com - I like to play with words, as you might have guessed already. As I mentioned this decision to my significant other, the choice was rejected with utmost intensity. This happened as we sat in my car waiting for the street light to turn green while we listened to De Phazz' then latest record playing: "Waste of Words". Boom, we both liked it! That's the story.

RW This was in early 2005. And it is all Mr Hicks' fault: Starting with version 0.5, I was using Firefox as my primary browser. Firefox in its early stages did not have an icon at all, later on they had a poor one. Then came the day when Firefox got the now familiar icon, apparently created by a Mr Hicks of whom I had never heard before. A visit to his site revealed that he was running a thing named Textpattern, written by Dean Allen who had a very fine sense of humor judging by the essays he published at textism.com. This struck a chord, so I gave Textpattern a spin. I instantly liked Textile and the template tags. That's it. And they live happily ever after...

RW Certainly. But what would I gain?

TXPQ How often do your clients need Textpattern or similar?

RW Most of the time, it works the other way around. Clients either come to me because they want to use Textpattern, or I choose a CMS for their projects.

TXPQ Is there still a place for static sites?

RW To a very limited extent, yes. Perhaps you would not operate a single landing page or "business card" type site with a CMS, but as soon as you expect to publish press releases, announcements, or plan for even infrequent changes there is no reason to burden yourself with a static site.

TXPQ How long have you been developing Textpattern?

RW I wrote my first plugin almost instantly after I setup my first real site. My first patch for Textpattern landed in July, 2005. Textpattern could build its own thumbnails for images with that patch applied.

TXPQ I am a non-programmer. What does "submitting a patch" mean?

TXPQ Which plugin of yours are you most proud of?

RW wet_quicklink, as it is a real time saver for authors and encourages site-internal linking, which is a good thing from my point of view.

TXPQ How long do you spend on the Textpattern forum?

RW Maybe about one hour a week plus the forum's new topics feed is in my reader's subscriptions which I skim daily.

TXPQ You can say that again, Robert. Textpattern is the best! Vielen Dank