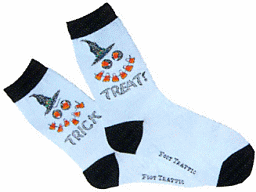 Hail Mary! Full of grace. Blessed art thou amongst women! I bombarded Textpattern developer Mary Fredborg with a load of my questions and she has gracefully answered many of them! She's solved many of our problems on the TXP forum, she's largely responsible for our copy of Textpattern working so well, so I feel very privileged for this insight into the woman we depend on so much.

TXPQ How would you describe your general state of being, eg happy, stressed, optimistic etc?

MF I'm a generally laid-back type of person. I tend to see humour in the strange or even mundane situations I find myself in.

MF Both of my parents are lefties but I, like both my siblings, am right-handed.

TXPQ What makes you get up in a morning/afternoon?

MF Caffeine, and the pursuit of it.

TXPQ What are you doing tonight? 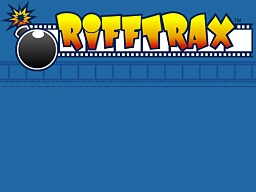 MF Watching the movie "Halloween" (with Rifftrax!) with my brother.

TXPQ Would you like to say anything about close family, children, friends, colleagues etc and their influence on you?

MF At 24, I am the oldest of three kids. Single, no kids, one little dog that is always good for a laugh. My mom is probably my best friend. My "little" brother isn't around so much anymore, but we still get together to watch movies every so often. My sister and I are rather like oil and water at times, but she usually "forgives" me soon after.

TXPQ Would you like to say anything about your body, eg colour of hair, natural or dyed, colour of eyes, colour of teeth?

TXPQ Do you have a collection of socks? Why? Are they new, washed or unwashed?

MF My love of socks is an esthetic/comfort thing, caused by the fact that my feet are often quite cold, even in the warmer months. I recently bought three pairs of thick, soft, fuzzy socks, which I adore.

TXPQ Are you a Piscean?

MF Are you asking me if I am fishy?

I was born on an April afternoon, so I am an Aries, but that's a male sheep so I prefer the Chinese equivalent of the Dragon.

TXPQ No I don't think you're fishy but I can imagine the dragon! Pisceans are traditionally associated with feet and self-sacrifice and it seemed to fit you. 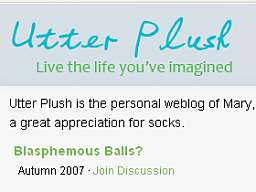 TXPQ Utter Plush. Is your web site name a reflection of your lifestyle or wishful thinking?

TXPQ When did you first start coding for Textpattern? Why?

MF Hmm, that's a little harder to know. I had at least one plugin released by 2005, I don't remember if there was anything before that.

TXPQ You are the main TXP developer, you answer far more forum posts than anyone else, you are the forum admin, people look to you for final answers, people blame you for imaginary TXP things they imagine are happening or not happening, you have been accused and verbally abused several times on the forum, you don't get paid to volunteer. Is it insanity or masochism that drives you on?

Well first, I don't consider myself the main developer. At the moment, I think Robert and Ruud are the ones contributing the most SVN commits and chatting on the dev mailing list (and they remember to show up for the scheduled chats the group of us plan, unlike a certain woman who shall remain nameless). Like the others I just do my best, do what I can, when I can.

From time to time, tensions get rather high or tempers flare and I am this close to saying "Forget it" (well, that's the sanitized version...) and packing it in. When that happens I walk away for a bit to gain perspective and have a break. Just like in "real life", not everyone is going to love you or always agree with you. People can feel quite passionate about their perspective.

TXPQ If it's crockery isn't it inevitable it will get broke? TXP is very stable so will TXP crockery be more unstable, ie like most software ;-) Enamelware doesn't break.

MF I've heard this asked before, and I think the cause is an unawareness of the transition crockery is undergoing. (By the way, I don't know why it is called "crockery".)

We have two branches of code under development, one named "dev" (4.0.x) and the other "crockery" (4.1.x). Both are not considered "stable" (only releases are), like the two are on a continuum of potential brokenness: dev tending to be more stable and crockery tending to be more "experimental".

Crockery is what the next major release (4.1) will be created from, but before that actually happens, it is undergoing a transition to become more stable, just as dev is now. Crockery is still largely based upon what Textpattern is right now.

Because we have chosen to support (and minimally develop) 4.0.x after 4.1 is released, that means we can make a cleaner break from the legacy code and really fix some of the major problems we've been dogged by, without immediately threatening existing site stability or security. This is why we're avoiding putting large changes into the dev branch. It is a move we've been criticized for, but it is intentional and I think it will pay off.

TXPQ I have every confidence that it will pay off, Mary. For me personally, possibly the main reason I use Textpattern is that what you see is what you get, it is not full of promises or disappointments that characterise other software and it is so much better for it, imho. Thank you very much for giving us a peek into your life and thoughts, Mary. Thank you.