When she isn't answering questions on the Textpattern forum, Els might be busy with dogs or design or her canine blog, Kynoblog. Her Chinese star sign is dog :), her name means Spoonbills, she loves open source and Ubuntu, driving a Lada Niva, visiting Spain, and listening to music such as Ry Cooder/Ali Farka Toure, David Lindley/Hani Naser, Ketama/Toumani Diabaté plus the Kitchen Syncopators, Penguin Cafe Orchestra, blues, folk... whatever. Oh and the band she went to see most is Southside Johnny and the Asbury Dukes...

EL I honestly don't know. And I'm not very keen on finding out either.

TXPQ What is Kynoblog all about?

EL It is about behaviour, training methods, learning. Mostly about dogs, but how animals learn applies to all animals including people, so occasionally it is about other animals and people too. I created the site because I was always coming across very interesting articles on the internet, and I never managed to find them again when I needed them later. So I thought if I find it useful to keep record of all the good things I encounter on the internet, there must be others as well, so why not make it public.

TXPQ You speak Dutch and English plus some German, French, Spanish, Italian and even Dog;)

EL Well, the 'Dog' is no more than read only, which is not really a problem because dogs in general are even better at 'read only Human'. For the other languages I deliberately wrote 'some', I can read it more or less, and I can manage when on holiday, but I wouldn't venture upon in depth conversations...

English of course is easy because it's everywhere, and the most important thing is that the bulk of information (on whatever topic) still only is available in English. If I had just sat and waited until someone translated everything I wanted to know in Dutch, I would not be half as smart as I am now... So, the English is just plain necessity. 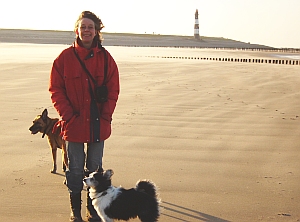 EL Mostly the latter I'm afraid. I'm a book-keeper. Nothing artistic in me.

TXPQ You're too modest. The header on kynoblog is fantastic. So far I've seen a bull, whale, hippopotamus, superwoman, a fox and a dog in there!

EL I think the most important thing is that you can keep learning all your life. It doesn't matter what, just the fact that you can is something that makes me very happy. Imagine that there was only a limited amount or time of learning in one's life and when you'd reach that limit you'd have to stop learning and 'just live your life'. Wouldn't that be dreadful?

Do you live in a city or in the country?

EL I live in the outskirts of a city, Tilburg, so I only have to walk around the corner and cross a canal to be out of it. On the other hand I can be in the centre in less than ten minutes by bicycle (which doesn't mean that it's a small town, just that the town centre is not in the centre of the town...), so you could say I have the best of both worlds.

EL My main job is part time, and I work regular hours as well as evenings or weekends at home if I have to. Then there is the dog training job (actually it's not dog training but teaching people how to teach their dogs) on one or two evenings. And in between I am freelancing a bit, building or customizing websites. I must say I'm not succeeding very well in making all that into a routine.

EL Lots, most of them concerning the usual 'better world' stuff, and thus not very likely to come true.

TXPQ What short-term or long-term aims or objectives have you?

EL For myself? Nothing special. I'll probably go and live in Spain some day. Whenever the lottery decides to co-operate.

TXPQ Would you like to say anything about family or friends etc?

EL No, not really. But there is a husband who provides music and paintings, so I'm not completely devoid of the artistic part of life.

EL My first website was ages ago, for the holiday apartments of a friend who moved to Portugal. Made with Frontpage Express and of course it was awful, but it did its job and fortunately I was curious enough to start learning more and more about building websites and at the moment I'm still not a great designer but the sites I make at least don't hurt your eyes... much. 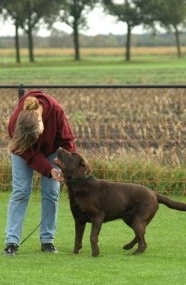 EL I started using TXP in 2004, the first version I used was 1.18g. Up to now I've never needed to do something that it couldn't do and it definitely has the friendliest community I've ever come across.

EL Sure, but why should I? Site maintenance, also when it comes to static sites, is so much easier with TXP, why would I spend more time than necessary on that?

TXPQ How long have you been moderating on the TXP forums?

EL I think that started somewhere in the beginning of 2006.

TXPQ How many hours do you spend on the forum?

EL I visit the forum every day, but how much time I spend there depends on whether there are many questions to be answered, or if I am trying to figure something out myself, most of the time it is no more than an hour a day.

TXPQ What's the best thing about being a moderator?

EL The fame and glory of course ;) But seriously, though my moderating is nothing more than answering a question here and there (and you don't have to be a moderator to do that) and moving a topic from time to time, I hope that I am doing something - however small - in return for all the work the TXP developers have done and are doing and hopefully will continue doing for a long time.

TXPQ You've helped me plenty of times and I'm sure many more people appreciate your help. Many thanks and thank you very much for the interview. 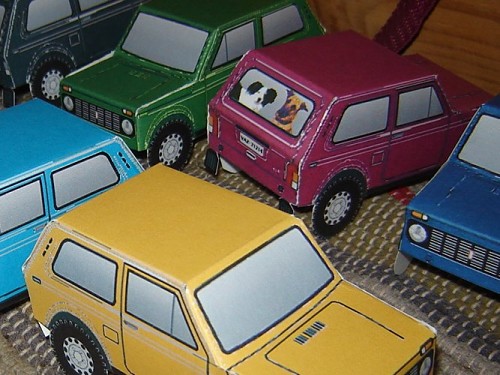