In Part I Yiannis (aka colak) told us a little about his background and web sites. Part II focuses on art, video and NeMe. Part III is about architecture, LABS and moderating.

TXPQ How do you make a living? Do you work full time at NeMe?

YC For thousands of years now, the arts have been an elitist discipline. This is by no means a 'bad thing' as it places the process of creation within a thinking, intellectual canopy as opposed to a populist, ephemeral one. Theory is the body of knowledge which supports, destroys, contextualises or legitimises the process and the product. What NeMe is promoting through our events, whether they be exhibitions, workshops or conferences, is the necessity of the theoretical concept as one of the main variables in the creative process.

In other words, what we are promoting is work which might not necessarily look good but stands due to its investigative thoroughness.

TXPQ Note to non-academic readers: I am not an artist and theory makes my head hurt. But I found plenty of simple enjoyment on NeMe and IMCA such as the Ideodrome 2006 videos (here's one) and the wonderful ideas of Hakim Bey.

TXPQ How many people use your websites? 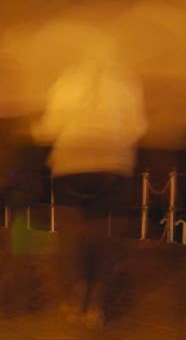 YC neme.org currently attracts anywhere between 350 unique visitors in a 'bad' day to an infrequent 1000 in a 'good' day. It seems that most of our visits are from academic institutions, Wikipedia, Google Scholar and the arts community. Hits from the Textpattern forum are regrettably very sparse.

neme-imca.org is fairly new as it resides in its own domain for under 5 months now. We are currently attracting an average of 75 unique visitors/day. As this site was initiated to present the events of NeMe which do not happen in a daily basis we actually do not expect it to reach high visitor rates.

TXPQ How many people attend your exhibitions/the exhibitions you promote?

YC I cannot speak about the numbers of visitors in the exhibitions we promote - although some of them do attract millions - but our own exhibitions have been very popular in Cyprus. We have recently been invited by The Nicosia Municipal Art Center to curate an international exhibition there and we are also venturing out to Russia responding to an invitation from the National Centres of Contemporary Art in Moscow and Yekaterinburg as well as the Ural State University. We also have plans for other events which will be announced in our site shortly.

TXPQ Could you put into simple terms why NeMe exists, what is it doing in the grand scheme of things, how it fits into the network/internetwork of art galleries, institutions, and art structures?

YC NeMe started so as to fill a gap in the Cyprus art scene where theory was ignored in favour of style. This unfortunately suppressed any critical discourse regarding the arts. Helene and I attracted a number of people around us to help remedy this condition and to provide a platform which focuses on content. Our efforts attracted a lot of interest from the English speaking academia and art curators who generously helped us by offering texts for our site and advice for our off line projects.

TXPQ What does most of your work at NeMe consist of?

YC We are currently very busy with a number of events. Apart from keeping the sites updated, we are currently editing the catalogue of "In Transition Cyprus 2006" NeMe's first international event, curating ISOLOMANIA for the The Nicosia Municipal Art Center and we are trying to select and organise the artists and raise funding to stage the shows we have planned for 2008.

neme.org attracts visitors beyond our expectations regardless of its minimal, some may say, simplistic design TXPQ Would you like to say anything about NeMe that you feel would interest TXP readers?

YC Although I have nothing against style, I find that a lot of txp sites lack content. neme.org attracts visitors beyond our expectations regardless of its minimal, some may say, simplistic design. I would just like to see more content-orientated sites using the TXP back end. 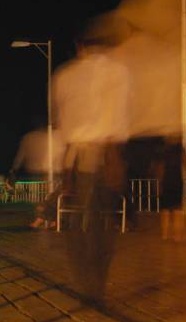 TXPQ You are one of seven Cypriot artists who have created digital videos exclusively for Ideodrome 2007 presented as a 30 minute event continuously looping on a large screen on the sea-front at the end of the pier (next to the old Limassol harbour, Cyprus). How well is it being received? Will it perhaps be available on the internet sometime?

YC The event was staged on 3 November and was organised by another NeMe member, film director Adonis Florides. The funding we received this year from the Cyprus Ministry of Culture, the Limassol Municipality, the Limassol CoOp bank and Kanalli 6 radio was based on its success last year which attracted thousands of people during the three days that it was on. This year we have been invited to show the videos in another 3 cities in Cyprus and our next screening will be on 25 January 2008 in The Nicosia Municipal Art Center. We plan to have all the videos in the NeMe site, possibly sometime in 2008 after the completion of all the public screenings. 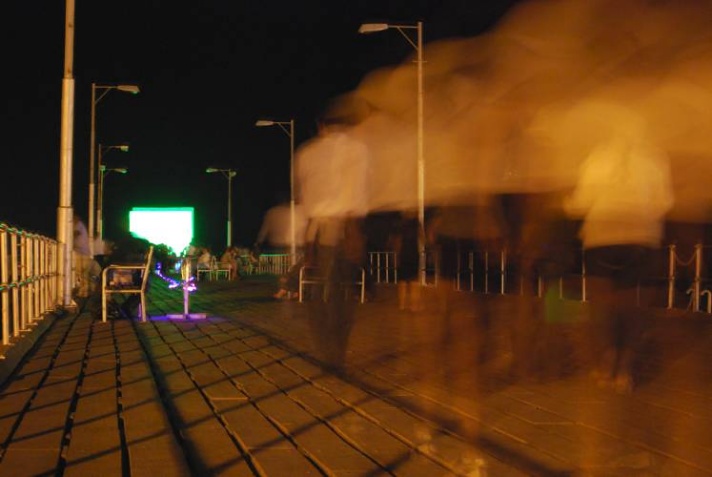